2012 marked the 30th anniversary of The North American Motor Officers Association.  Spanning 35 years, we have some history! 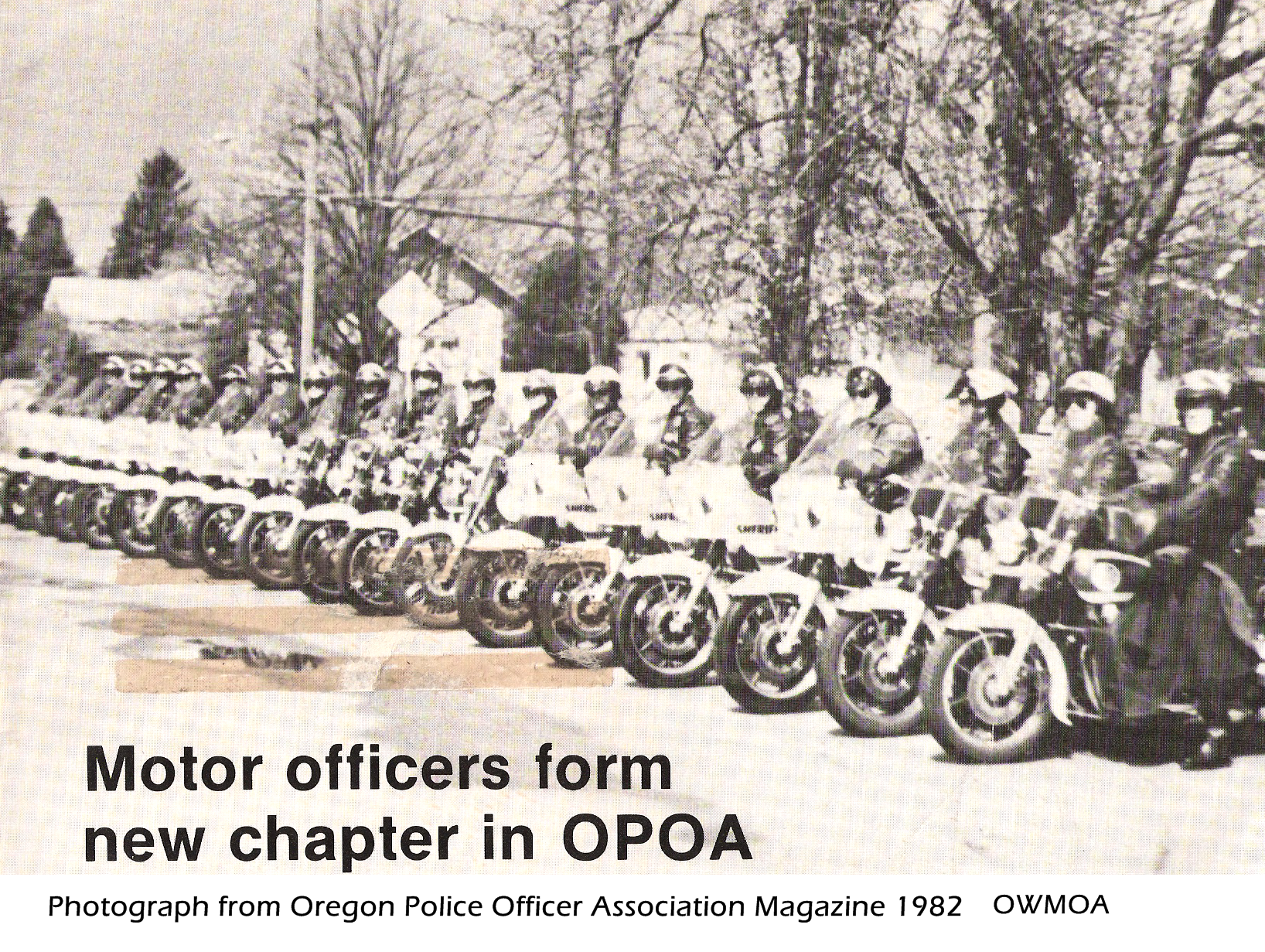 Take a look at the history below and the historical time line provided by Retired Edmonds PD, WA. Motor Officer Mike Steer.  There is also a letter from one of our founding fathers, Lee Bensen.

If you have some history and historical photos of NAMOA, please forward it to our webmaster.

They found themselves working together at various events such as funerals and civic events.  However, training together had not been done. Ideas were discussed on how to best address the need for formal “joint” training.

In an informal or joking manner they named their group the “Vespa Warriors” and cut up a red and white checkered table cloth from the Italian restaurant into six inch (6”) squares as their adopted flag.

1982
In 1982 this group officially formed an association naming it “Oregon Washington Motor Officers Association” (OWMOA) and gained sanction for training as a sub-chapter with the Oregon Police Association. In this same year they also found themselves together to provide an escort for a fallen officers funeral in Coos Bay and met at the Timber Inn.

1984
In 1984 Officer Hassinger spearheaded a formal training conference hosting it in Bellevue, WA with more than twenty-20 motor officers attending.

The idea was that an agency from Oregon would host a training conference alternating each year with an agency in Washington. This continued until 1992 when the Royal Canadian Mounted Police (RCMP) out of British Columbia Canada had two members attend our training conference in Bellevue, WA.

RCMP Staff Sergeant Mike Claibut and Inspector Gary House were inspired by the training program and requested two things from OWMOA. First they requested training manuals to assist in them in restructuring their training program and secondly to join OWMOA. By this time Motor Officers from Idaho had joined in our training conferences. During discussions it was determined that “Oregon Washington” no longer reflected our total membership.

1995
In 1995 the RCMP hosted the first training conference in Vancouver, BC Canada. This was also the first year with a new name, “North American Motor Officers Association” (NAMOA).

By 1995 the association had grown in size. While the annual training conferences are held each year in a specific city, state or Canadian province there is normally a host agency that spearheads the conference with several neighboring agencies assisting.

Today
Our membership exceeds 400 members and we average over 175 motor officers participating annually in the training conference.

A Letter From a Founding Father